What does a "Women of the Future" do? 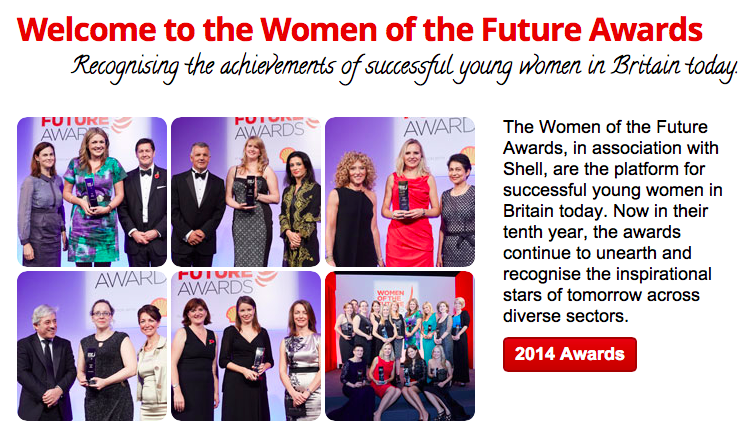 I was delighted to win the award, obviously on a personal level, but also I hope because of how I can use the opportunities it gives me to talk about science as an excellent career choice for any young person. Since I won the award people often ask me what I get from it….. well - the quickest answer is that I got a shiny metallic monolith to put in my office:

But much more importantly, I also get lots of opportunities and invitations, and I get to meet lots of other amazing young women at all of them!

My first opportunity in many ways was the acceptance speech I gave in front of the ~400 amazing women and supporters at the gala award ceremony. I tried to speak about the importance of science being seen as an important thing for women to do - that a female scientist is a minority not only in an average group of scientists, but also an average group of women, and that it's important we see science as part of our culture (for both women and men).

The opportunities keep rolling in…. A couple of weeks ago, coincidently on two consecutive days I got invited with other "Women of the Future" to attend the Open of the London Stock Exchange, and to have tea with the Speaker of the House of Commons.

Getting to London for the opening of the stock exchange meant a very early (and snowy) morning start from Portsmouth, but it was worth it to arrive (still in the semi dark you note) and see the Women of the Future logo on full display. 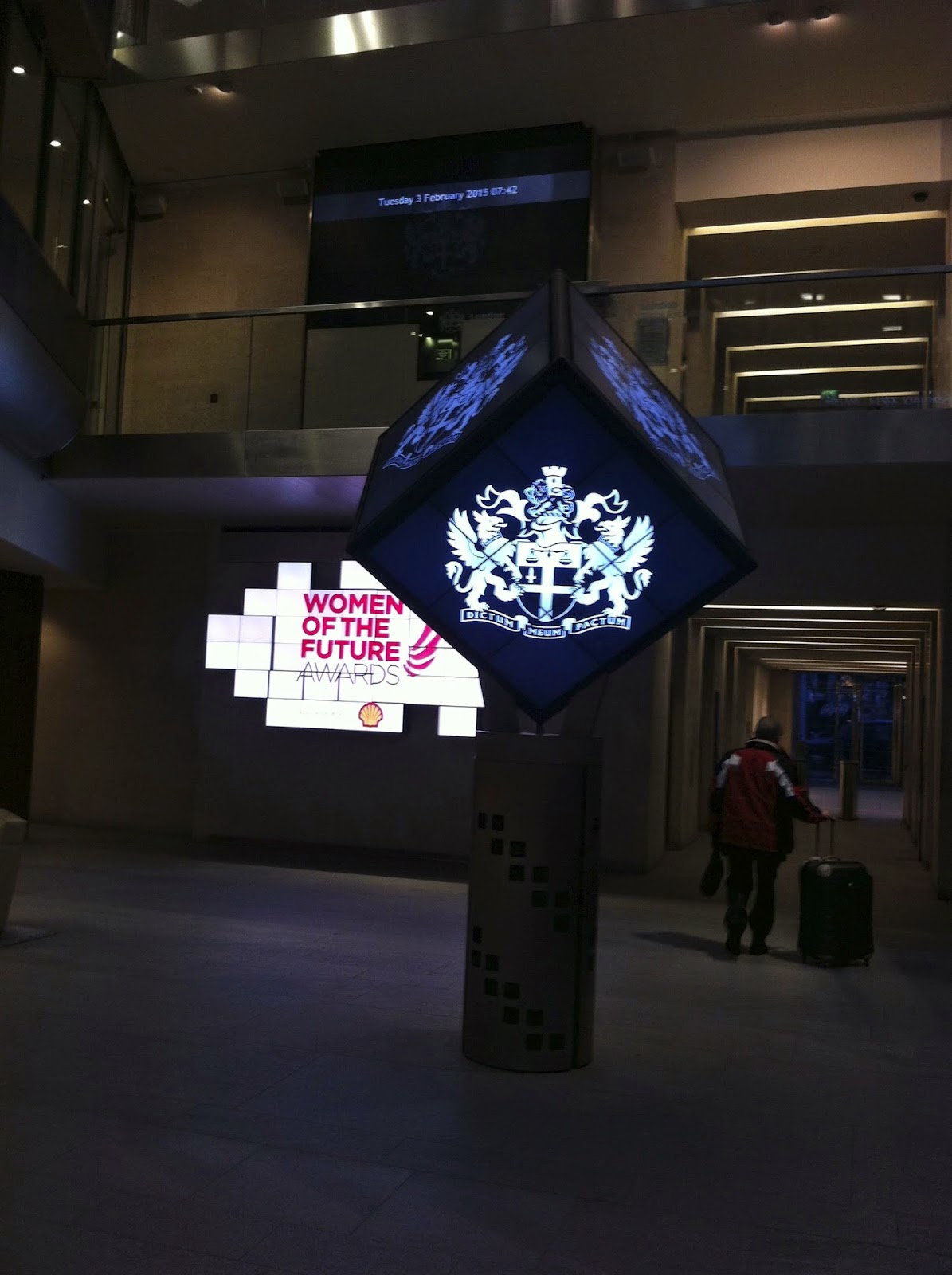 The branding was very evidence inside too for the short (and very dramatic) ceremony. 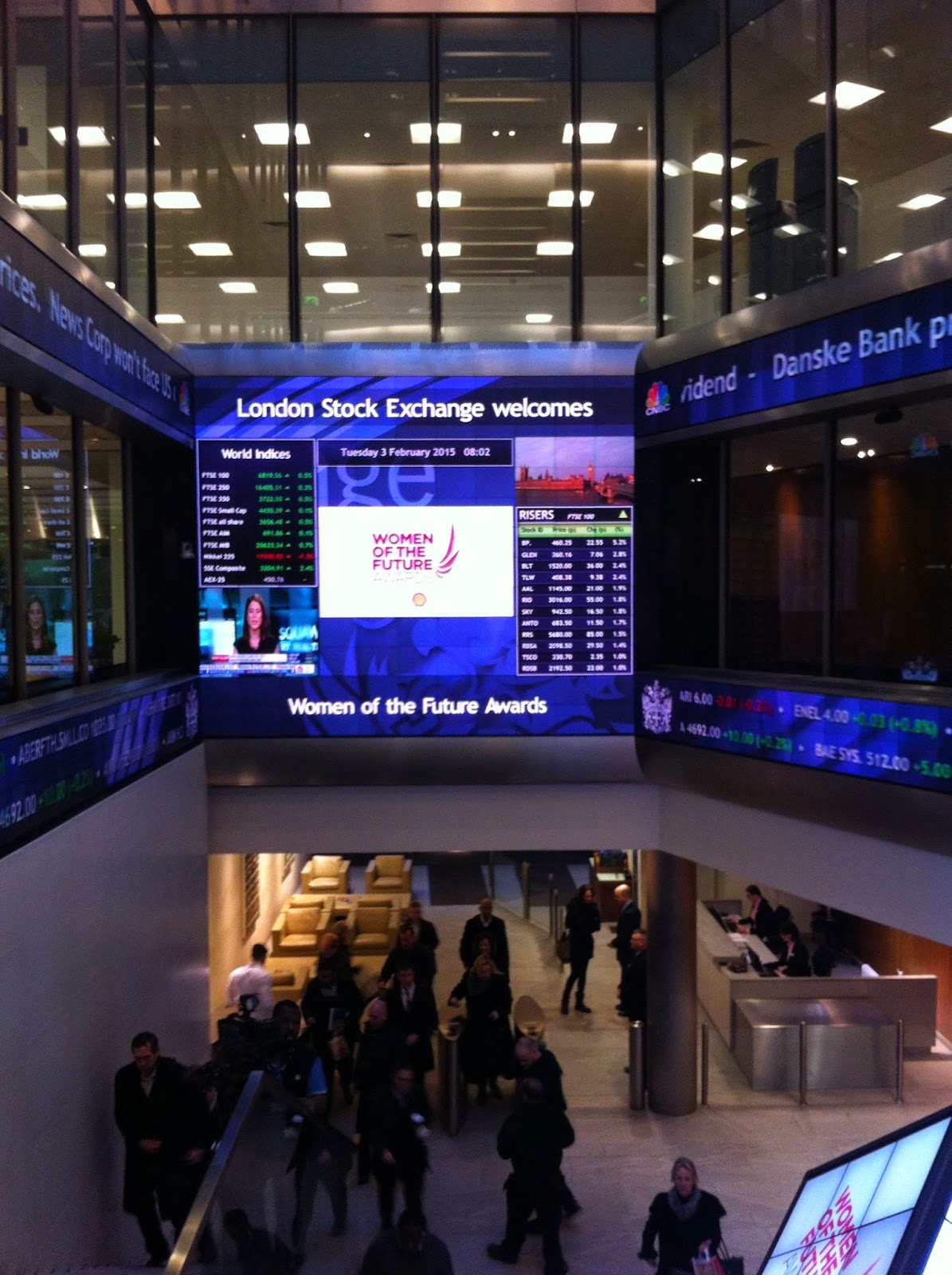 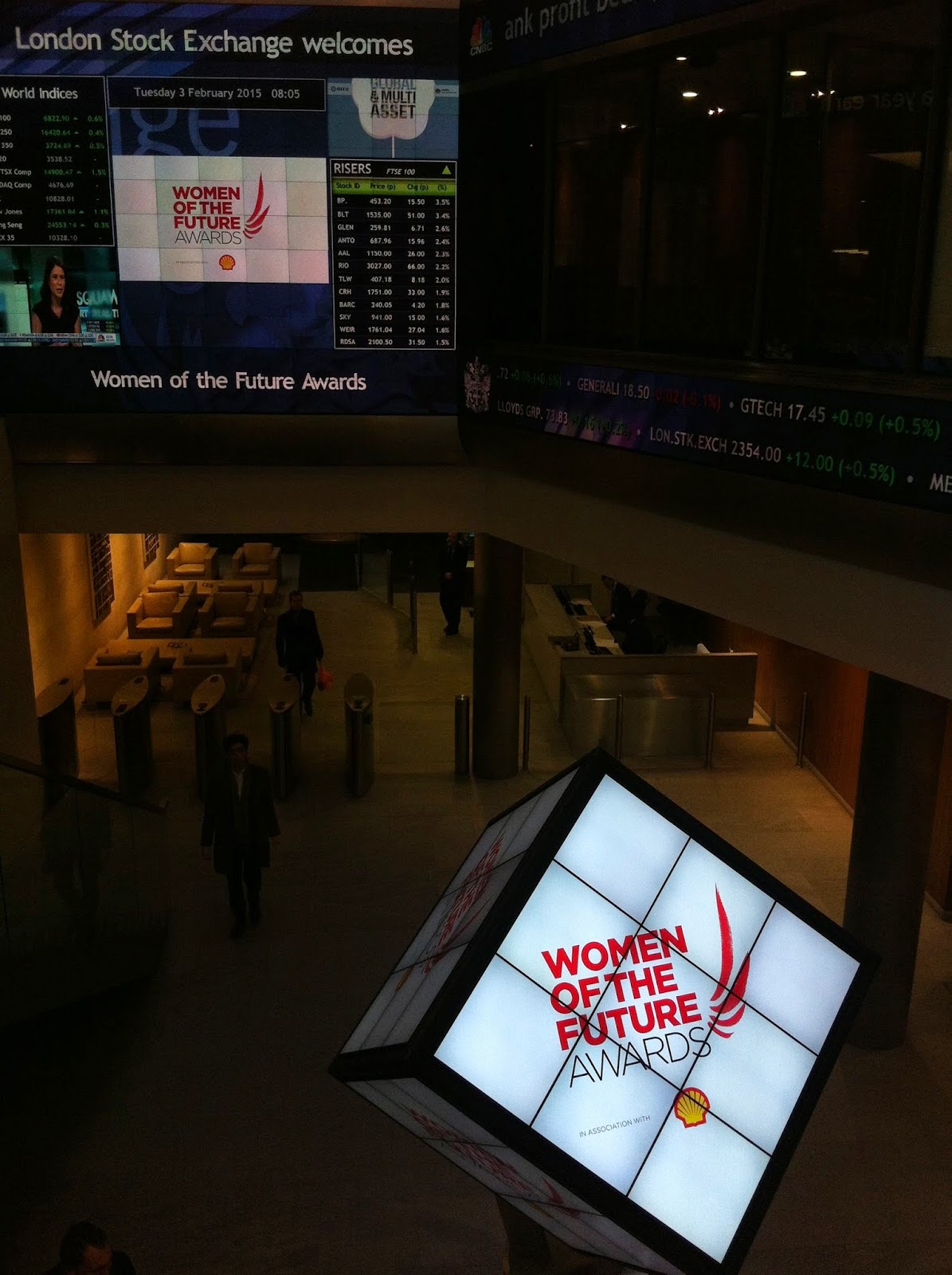 The was followed by speeches from the CEO of the London Stock Exchange, who took the opportunity to announce the launch of their own "Women's Network", and the commitment they have to equality and diversity. 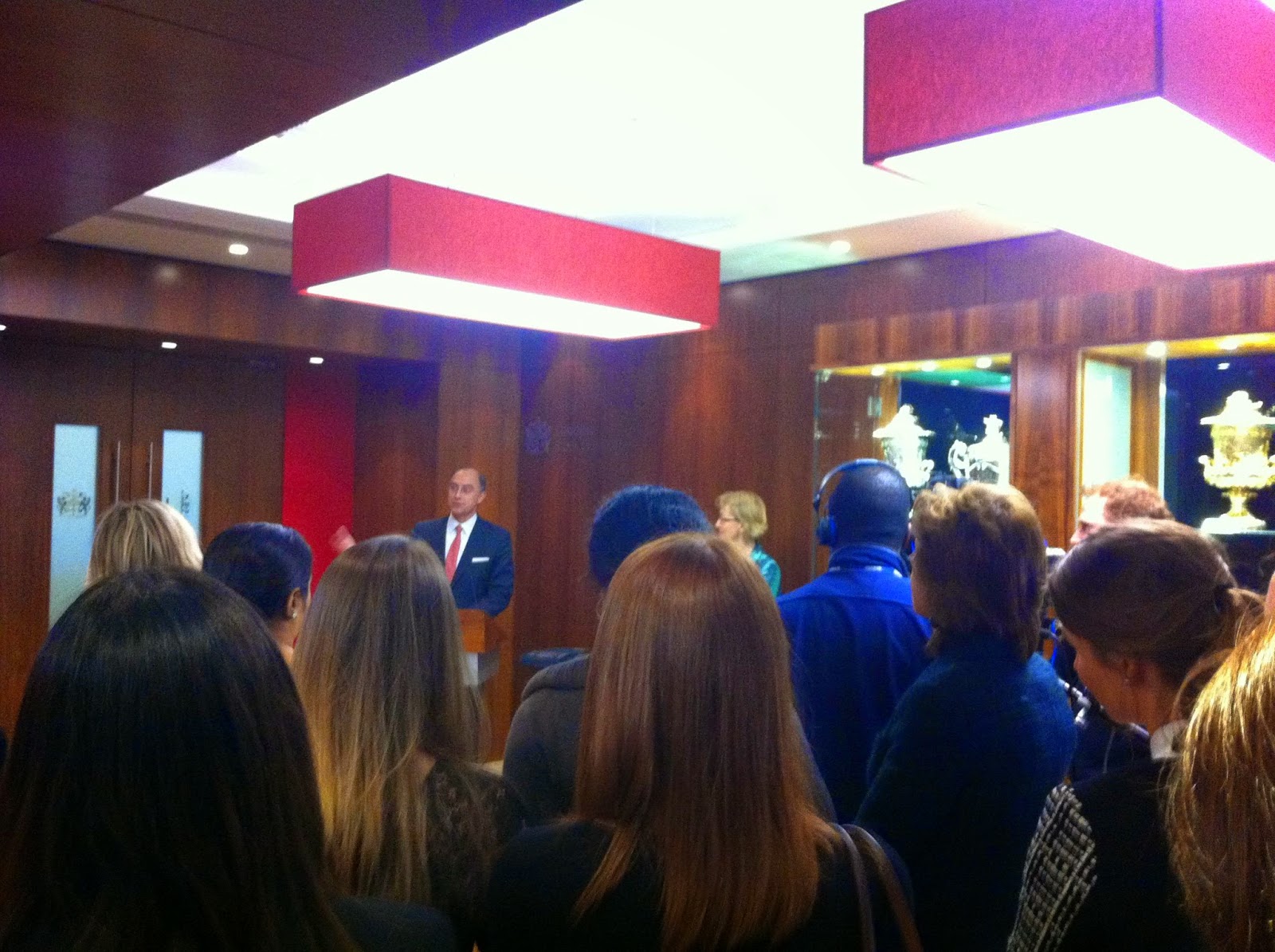 Then we had an unabashedly feminist speech from The Right Honorable Andrea Leadson, MP, the Economic Secretary to the Treasury (who actually opened the stock exchange this morning - we just all watched). 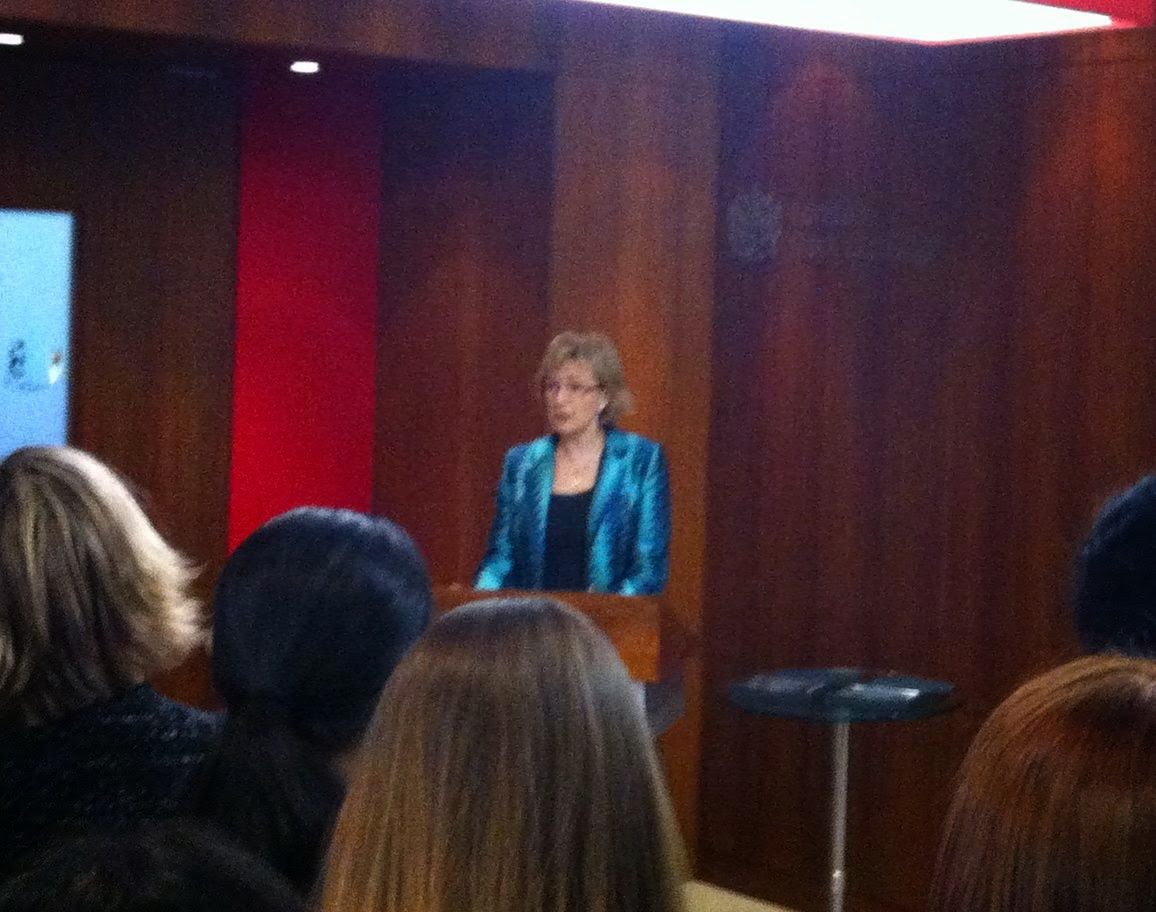 More branding, and then me with it to prove I was there I guess! 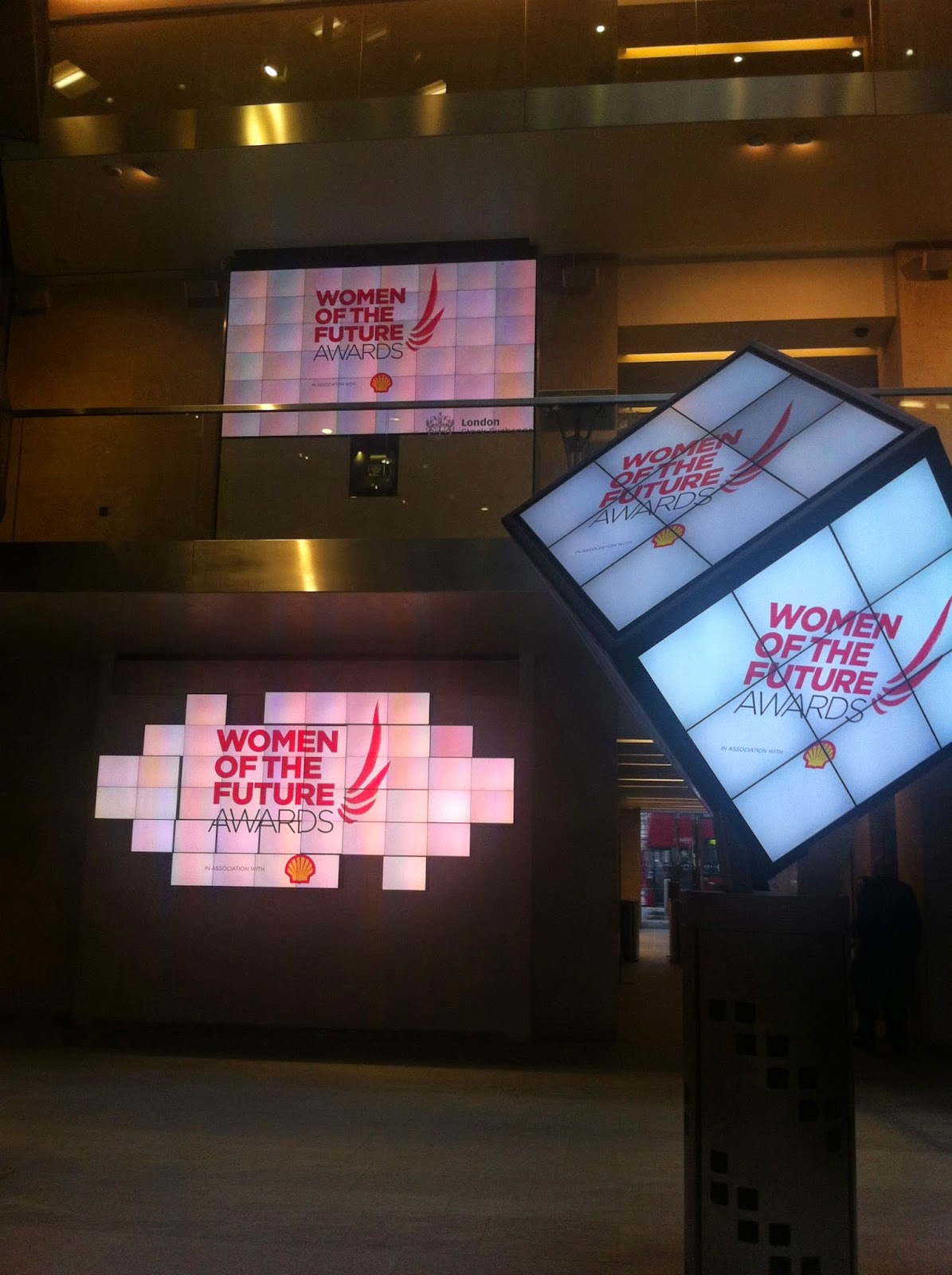 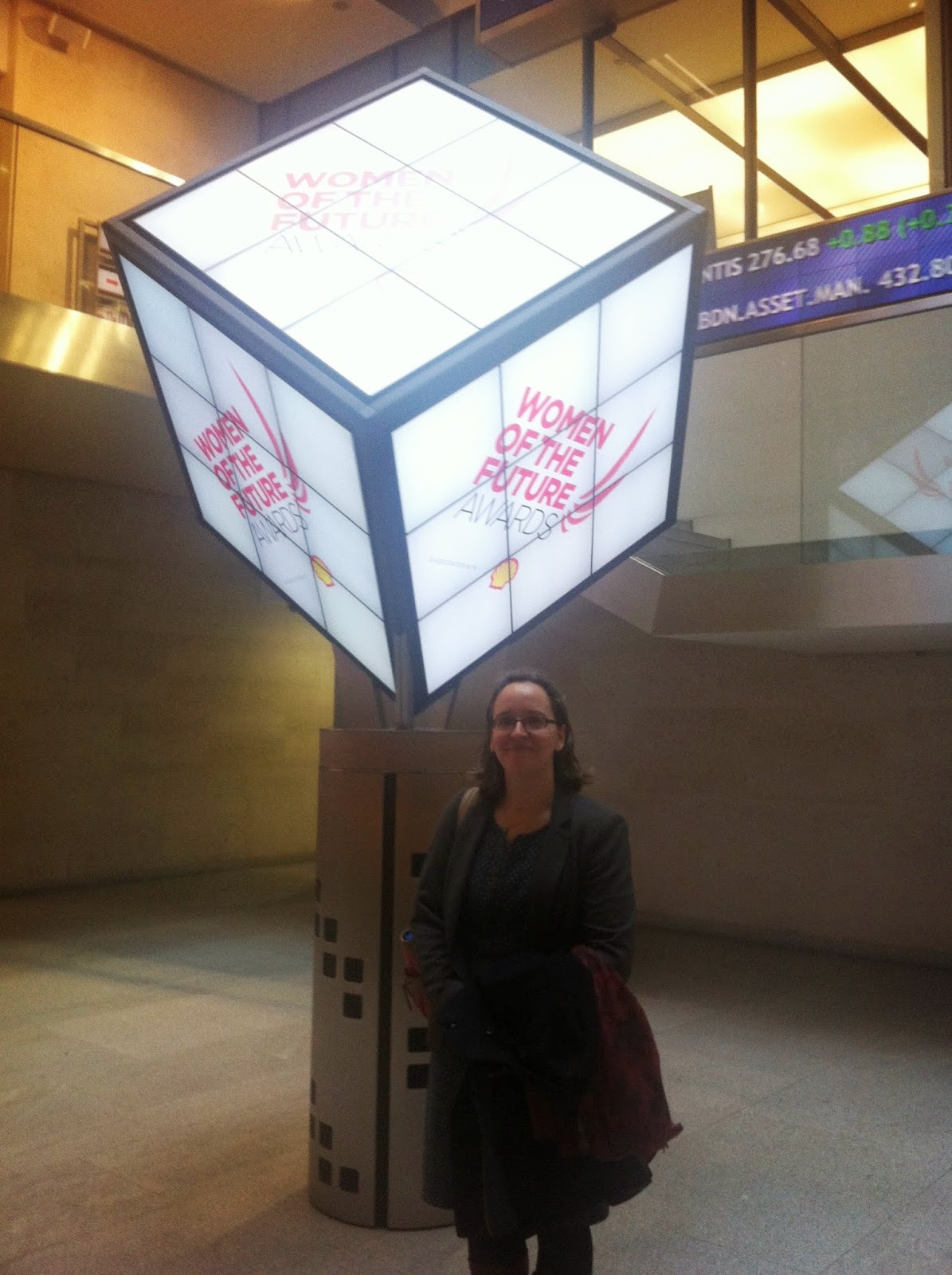 See if you can spot my ear in the official picture!

Then the next day it was back to London (albeit at a more respectable hour) to visit Speakers House for a tea to be attended by the Speaker of the House of Commons (The Right Honourable John Bercow).

The Speakers House is in the medieval part of the Palace of Westminster - it's obviously a stunning building, and full of UK history. 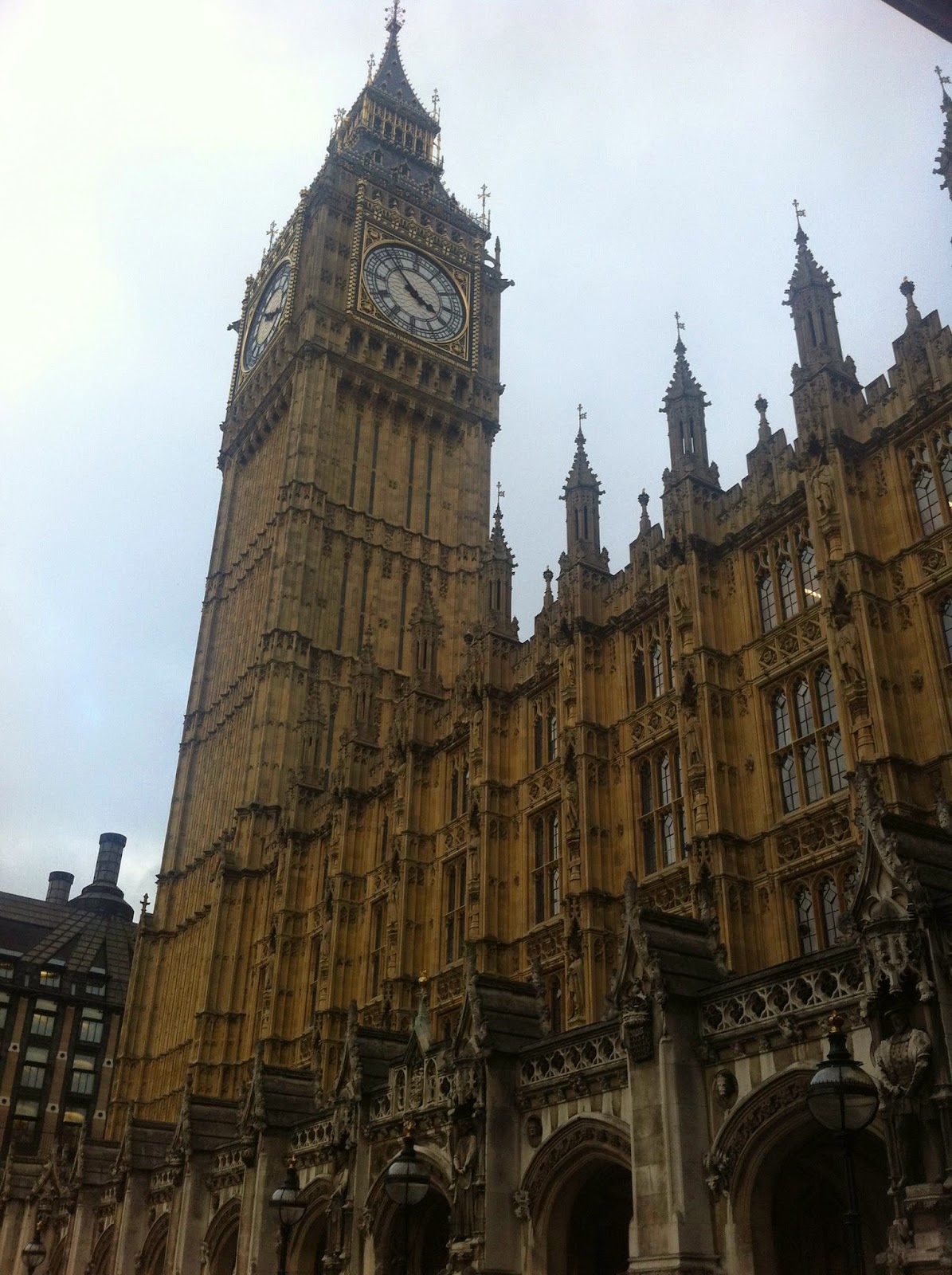 We got served very nice tea, and then waited quite a long time while the Speaker was delayed in Parliament. This was actually great as it gave us tons of time to network with all the other women in the group. 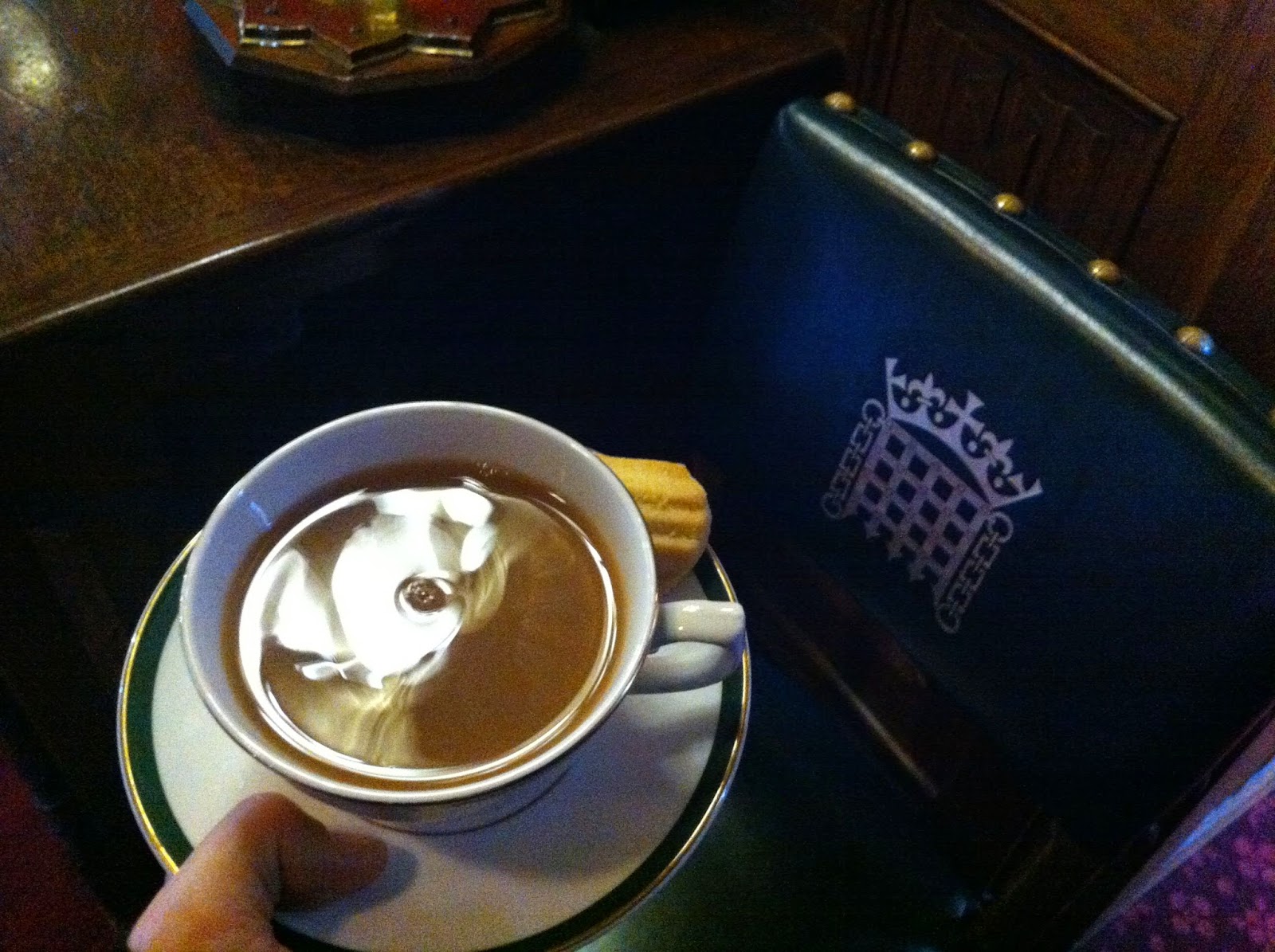 Oddly one of the rooms we had access to had this giant four poster bed in it. 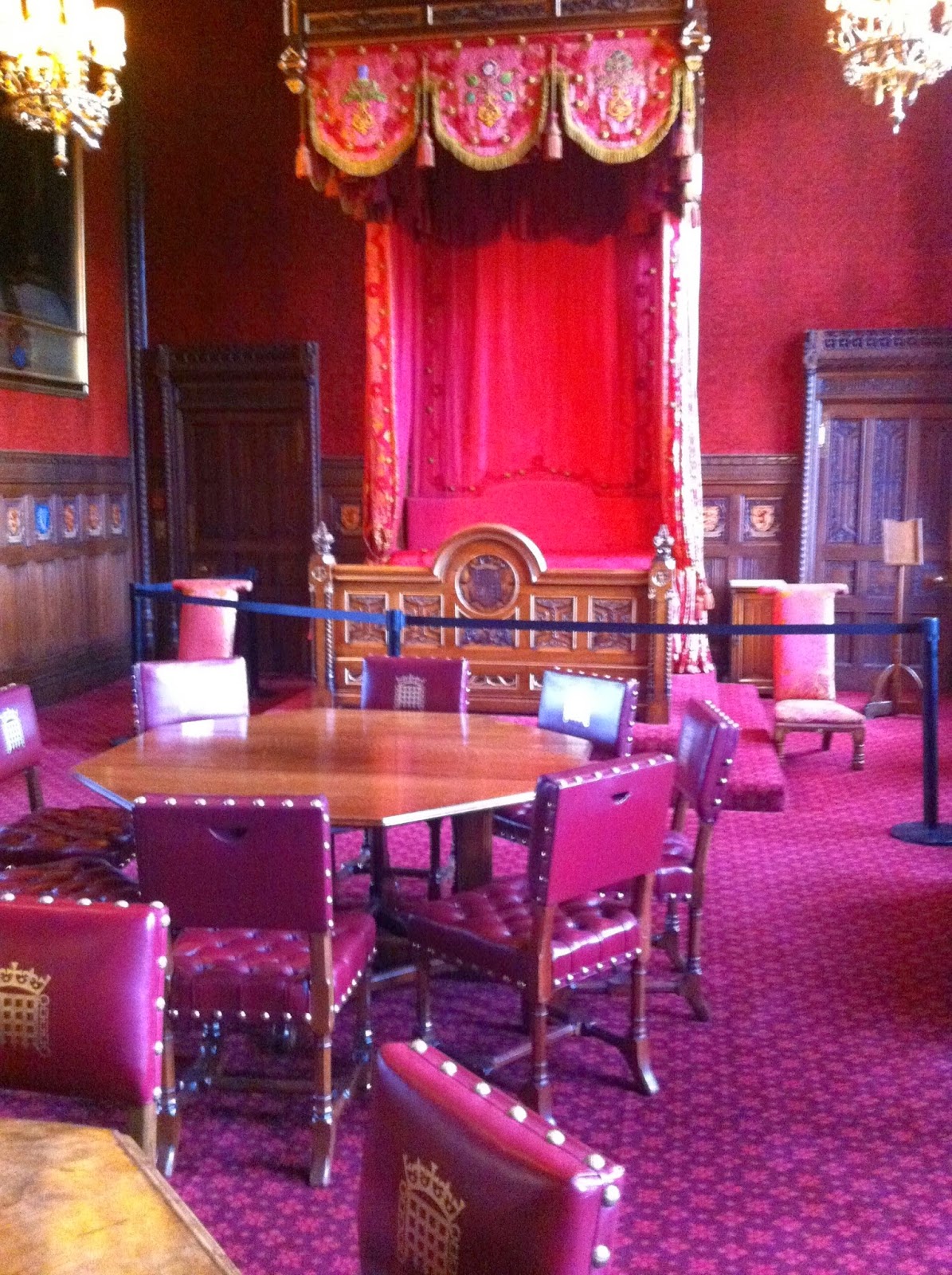 Pinky Liliani took this picture of me enjoying tea with one of the shortlisted candidates from the Technology Category (Jo York, Co-founder, Reframed.tv, a video tagging service) 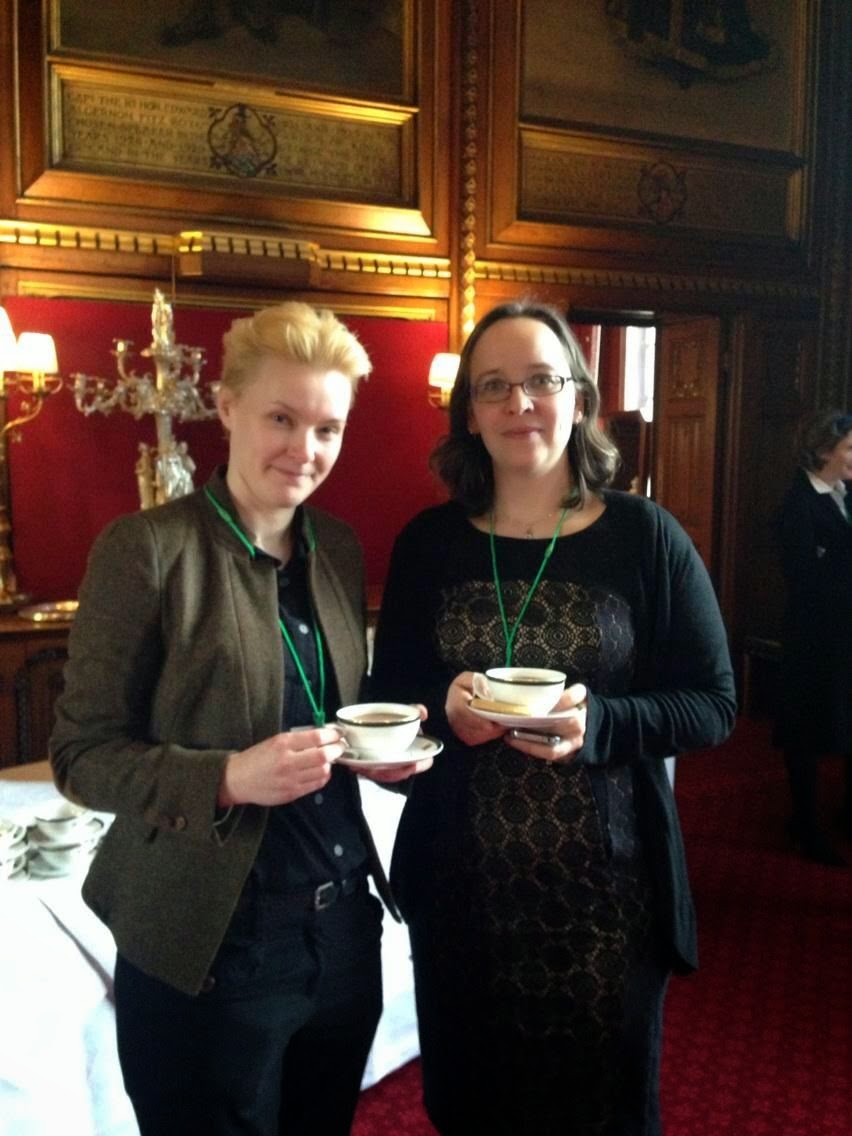 Pinky then tweeted the picture, so I got a bit meta and tweeted a picture of her tweeting. 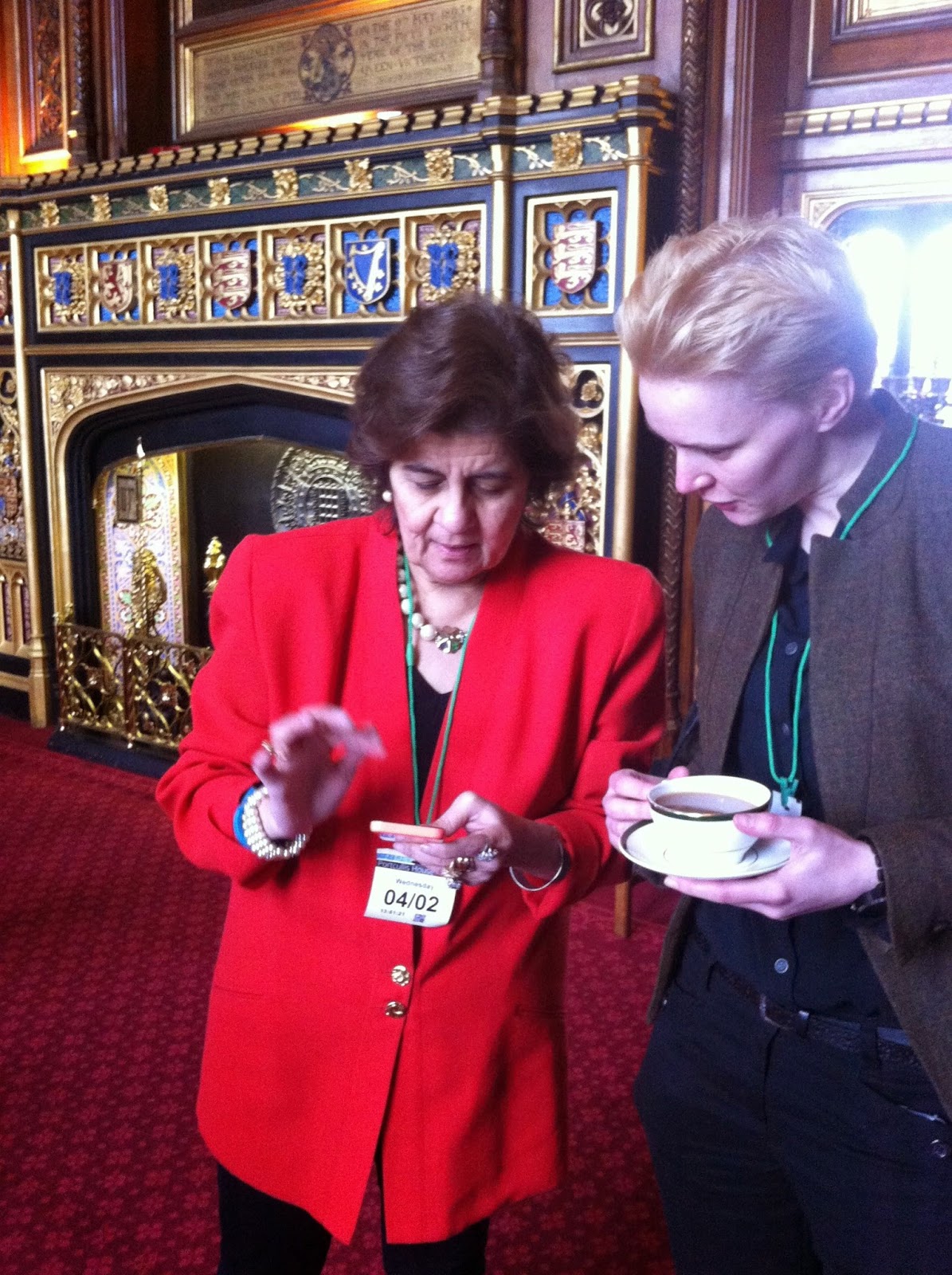 The Speaker arrived, and was very apologetic about the delay, and then gave a speech were he called me out by name (he had handed me my award at the ceremony). 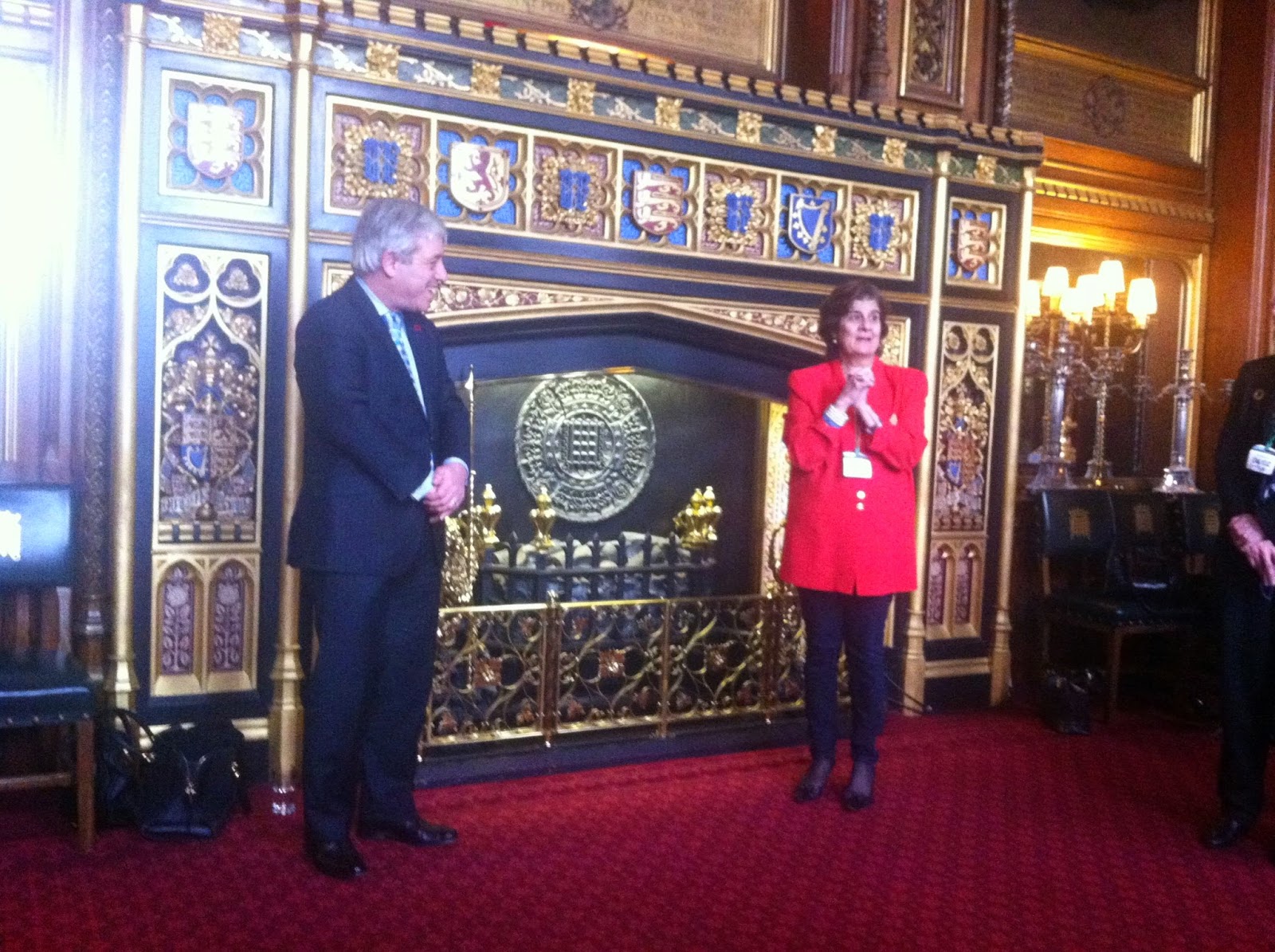 We had a group shot, and then some more networking time. 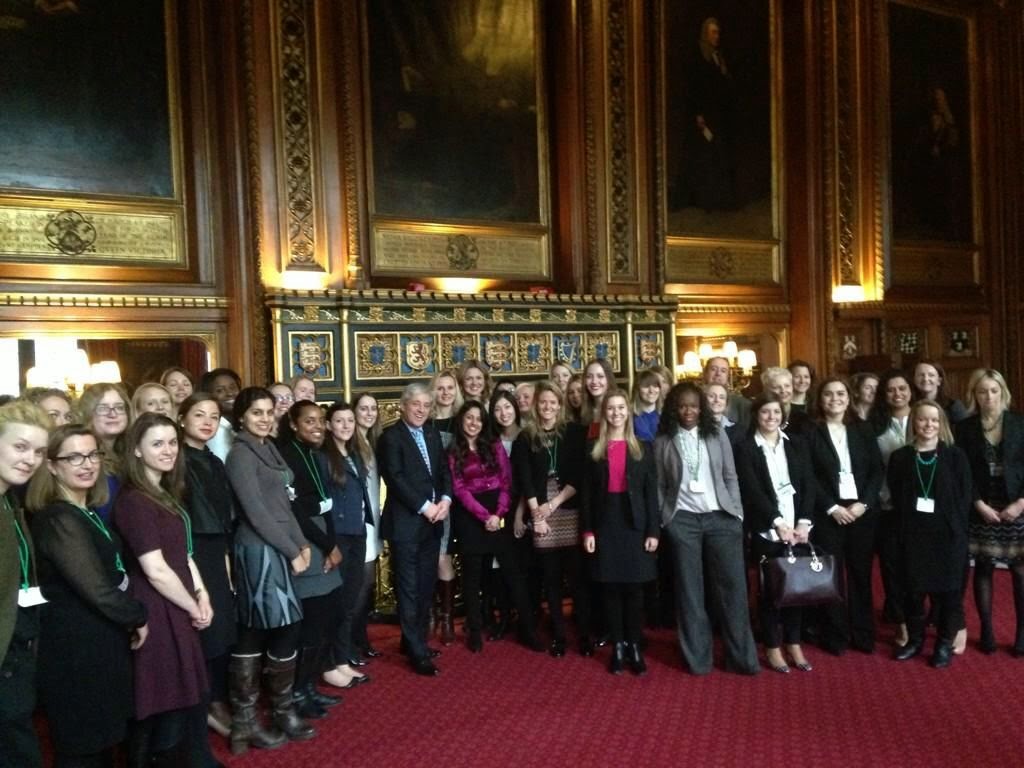 Here's a shot on the way out - again with Jo York, and also FenFen Huang (shortlisted for Arts and Culture, and Director of China Pearl - a company offering Chinese cultural experiences in the UK). 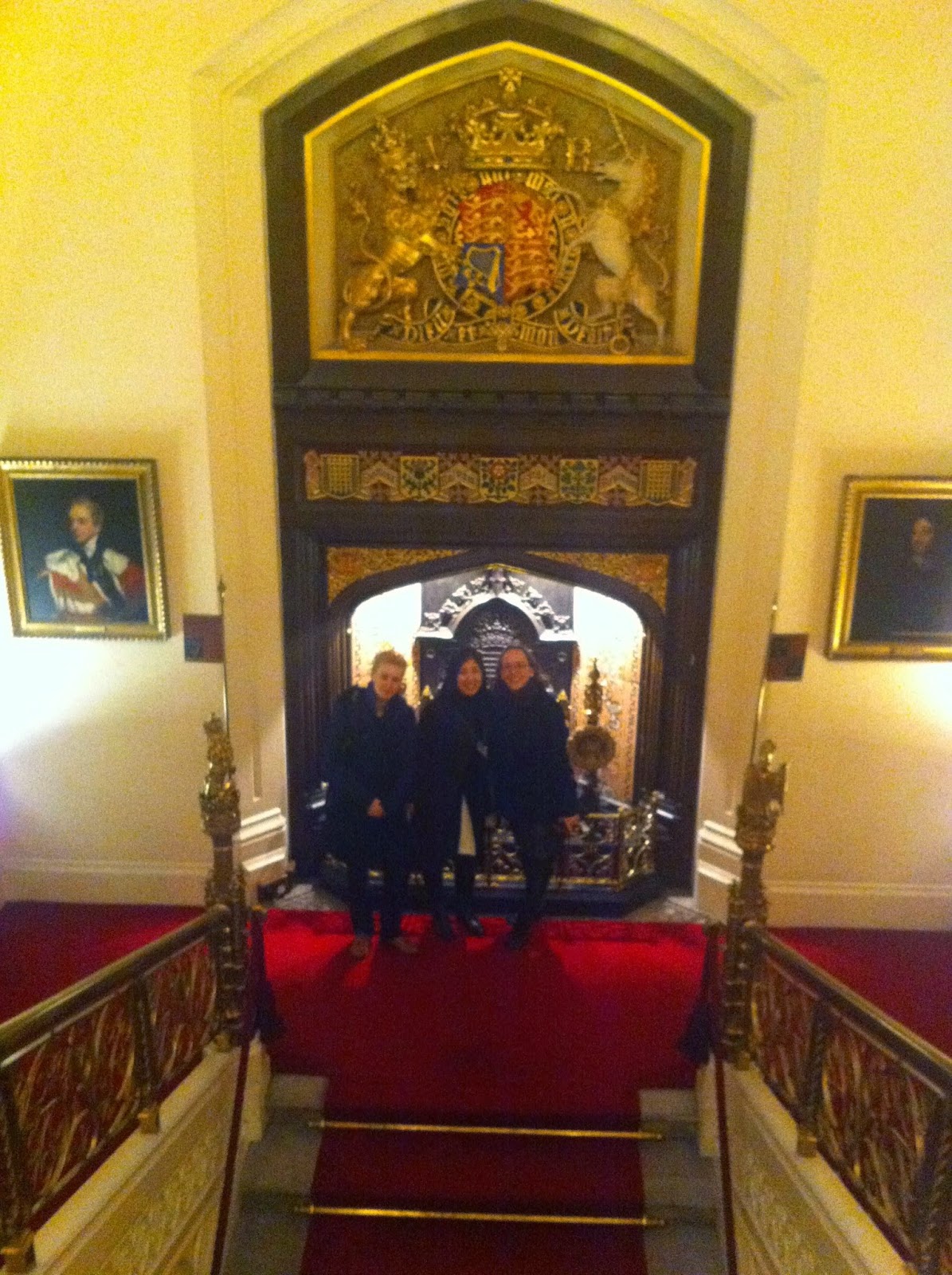 More shots on the way out - it was really an amazing location to be invited too. 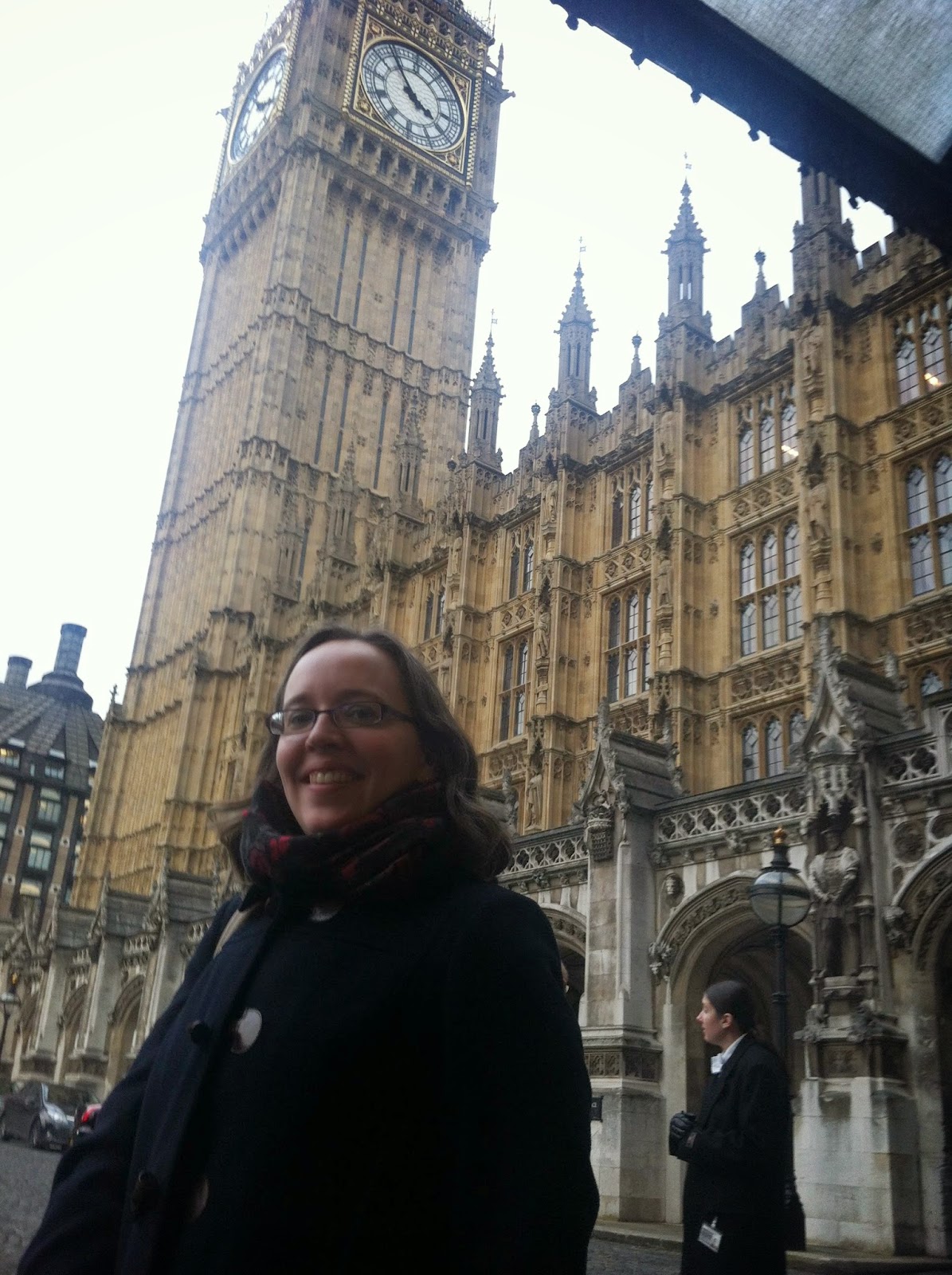 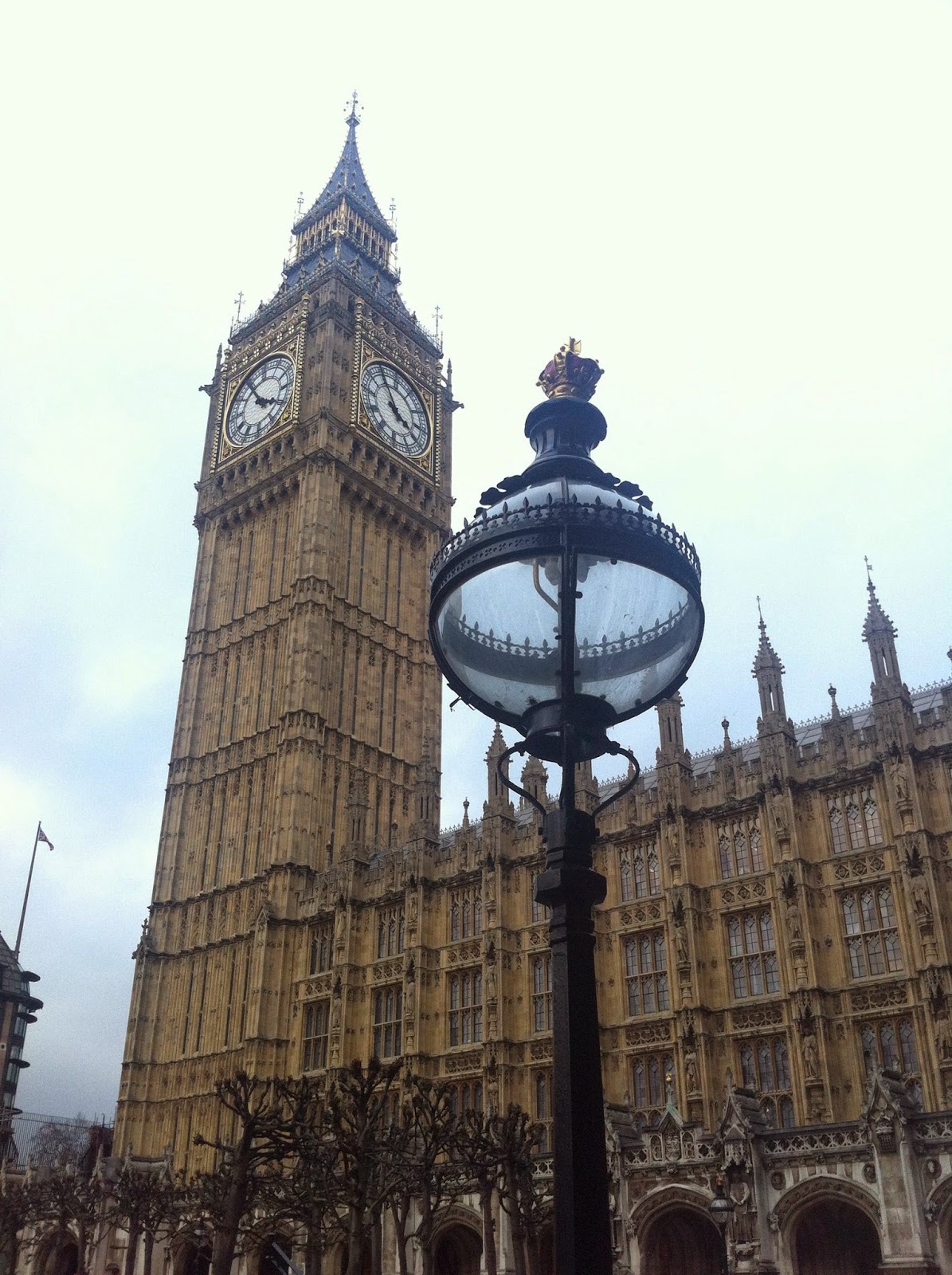 The next event is even more important in my view - March 16th is the networking evening with sixth formers from across London.

Posted by Karen Masters at 10:43 AM No comments:

I'm a Professor of Astronomy and Physics at Haverford College USA.
This is place for me to collect and/or write articles mostly about astronomy.
As Project Scientist for Galaxy Zoo, I blog about galaxies and other stuff on the Galaxy Zoo Blog, and I'm also the Spokesperson for the Sloan Digital Sky Surveys (which means I write for the SDSS blog).
You can also visit my website; and follow me on Twitter @KarenLMasters